Does daa therapy up risk for liver cancer? it’s debatable

Direct acting antiviral (DAA) therapy for hepatitis C (HCV) has revolutionized treatment by improving patient outcomes with less negative effects and it is connected by having an very high (~90%) cure rate. But there’s significant debate within the infectious disease community according to studies that suggest HCV cure doesn’t eliminate risk for hepatocellular carcinoma (HCC) other studies have found maximum HCC recurrence in patients effectively given DAAs.  In the Worldwide Liver Congress 2017, held April 19-23, 2017 in Amsterdam, eight studies were presented that offer evidence both pro and disadvantage and compared DAA treatment with interferon-based therapy. 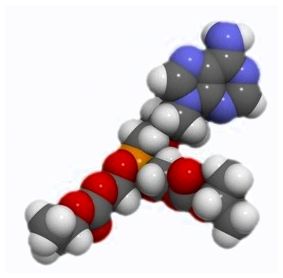 Dr Thomas Baumert and colleagues in the College of Strasbourg, France investigated the mechanism behind the introduction of HCC following HCV cure. They discovered that HCV infections produce epigenetic and transcriptional alterations in the liver which were only partly reversed by DAAs and they persist after HCV cure. They suggest the  aforementioned changes play a huge role in HCC despite HCV cure.

Resistant to the prior findings, Professor Gregory Dore, Dr. Reem Waziry, and colleagues in the Kirby Institute, UNSW Sydney didn’t find any proof of HCC occurrence or recurrence publish-treatment with DAA. They assessed 41 studies (total 13,875 patients) and figured that incidence of  HCC was greater among individuals who’d shorter followUp. Incidence of HCC was reduced individuals of more youthful age where follow-up was longer. When adjusted for followUp and age, no proof of HCC occurrence or recurrence was discovered between DAA- and interferon-based regimens.

Another study brought Dr. Hamish Innes in the Glasgow Caledoninan College in Scotland found no improvement in HCC risk between DAA-that contains regimens versus DAA-free regimens. They figured that rather from the regimens accustomed to treat HCC, it’s the underlying risks that place patients vulnerable to HCC after HCV treatment.

A Japanese study brought by Dr Masaaki Korenga at Kohnodai Hospital in Chiba, Japan, found a lower incidence of liver cancer among individuals given interferon-free regimens and individuals given interferon-that contains regimens after SVR at 12 days. This research looked like a Chinese study which was brought by Dr George Lau from Beijing 302-Hong Kong Humanity and Health Hepatitis C Treatment and diagnosis Center in Beijing, China, who found no rise in the incidence of HCC among individuals given DAA- when compared with peginterferon-based regimen after SVR at 12 days.

A Sicilian study which was brought by Dr Vincenza Calvaruso in the College of Palermo, Italia, discovered that individuals who achieved SVR with DAAs were built with a lower chance of developing liver cancer than individuals patients whose HCV wasn’t cured. Also, the incidence of HCC among individuals given DAA- when compared with peginterferon-based regimen after SVR at 12 days were similar.

Within the setting of ongoing debate regarding whether DAA increases chance of HCC, all physicians who take care of patients with HCV ought to be conscious of ongoing screening publish-DAA treatment–particularly of individuals who’ve liver cirrhosis just before DAA treatment who might be at elevated risk for HCC.

ILC 2017: Is direct-acting antiviral therapy for Hepatitis C connected by having an elevated chance of liver cancer? The controversy continues [pr release]. Amsterdam: European Association for study regarding the Liver April 20, 2017.