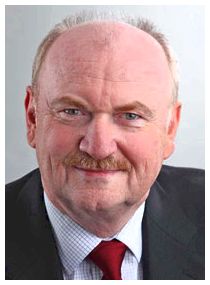 Novel agents that concentrate on the replication from the hepatitis C virus (HCV) are poised to possess a far-reaching effect on the prevention and recurrence of hepatocellular carcinoma (HCC) and also have proven the opportunity to reverse liver fibrosis, including cirrhosis in patients with finish-stage HCC, based on a number one liver disease expert.

Improved outcomes for patients who’ve been identified as having HCC or are vulnerable to developing the condition are some of the benefits that potentially could flow from the &ldquorevolution&rdquo in treating chronic HCV which has unfolded recently, stated Michael P. Manns, MD, in delivering a keynote address in the 2015 World Congress on GI Cancer.

&ldquoHCV is the most important indication for liver transplantation in america and Europe, along with a major reason for liver cancer,&rdquo stated Mann, who’s director from the Department of Gastroenterology, Hepatology and Endocrinology in the School Of Medicine of Hannover, Germany. &ldquoThere are roughly 185 million carriers worldwide. Although there’s no vaccine, it’s the first curable chronic infection, and removal of herpes prolongs survival in hepatocellular carcinoma.&rdquo

The correlation between eradicating HCV and improving liver-related health outcomes is based on an appearance of medical trial evidence, Mann indicated throughout his presentation.

&ldquoAchieving sustained virological response for 12 days [SVR12] constitutes cure in 95.5% of cases,&rdquo he stated. Cure of infection continues to be proven to lessen the incidence of HCC, liver-related mortality, as well as all-cause mortality (both P <.001), for example, from cardiovascular disease.1

&ldquoThe revolution in chronic HCV treatment was the effect of a masterpiece of translational research,&rdquo Mann commented. From 2001 to 2011, the conventional treating patients with chronic HCV were variations of pegylated- (PEG) interferon alfa-2a or alfa-2b plus ribavirin. These treatments produced SVR in 40% to 50% of patients have contracted genotypes 1 or 4 as well as an SVR of 60% to 90% in genotypes two or three.2

Previously 4 years, treatments have mushroomed. This Year, the Food and drug administration approved telaprevir (Incivek) and boceprevir (Victrelis), for both patients with HCV genotype 1 in conjunction with PEG-interferon and ribavirin.

Since November 2013, the Food and drug administration has approved four new treating chronic HCV, most of which don’t require PEG-interferon. These therapies are simeprevir (Olysio), sofosbuvir (Sovaldi), ledipasvir and sofosbuvir (Harvoni), and also the Viekira Pak. Harvoni is really a fixed-dose tablet mixture of ledipasvir and sofosbuvir that replaced a regimen of 1 weekly PEG-interferon injection plus 11 or 12 pills daily. Viekira Pak is really a four-drug regimen (ombitasvir, paritaprevir and ritonavir tablets co-packaged with dasabuvir tablets).

These new treatments each hinder viral replication at 1 of 3 stages that lead to SVR in 92% to 100% of chronically infected individuals, stated Manns.

He pinpointed four stages where viral eradication could impact patients with HCC: (1) treatment early throughout infection to avoid the introduction of HCC (2) just before resection to avoid recurrence (3) pre and post liver transplantation and (4) in patients with synchronised HCC undergoing transcatheter arterial chemoembolization (TACE)/sorafenib and palliative treatment.

Manns stated effective HCV treatment does prevent liver cancer and having HCV SVR continues to be connected with home loan business the introduction of HCC more than a 10-year follow-up period (P <.001).3

&ldquoSuppression of HCV replication reduces risk for HCC in patients with HCV cirrhosis,&rdquo he stated. &ldquoSuccessful HCV therapy prevents fibrosis progression, and has been proven to reverse fibrosis, including cirrhosis.&rdquo

The general public health implications of eradicating herpes are enormous, Manns indicated. &ldquoHCV infection makes up about roughly 25% of liver disease resulting in transplantation in Europe,&rdquo he stated.