Restaurant shines light on cancer of the breast awareness through laughter, food & cocktails.

Pink Taco, the legendary restaurant around the Sunset Strip, is launching its first annual “Pink Tacotober”, an initiative dedicated to Cancer Of The Breast Awareness Month, the annual October campaign which brings worldwide focus on the condition.

Pink Taco is partnering with Save the Ta-tas, the non-profit foundation produced by clothing designer Julia Fikse in 2004 in an effort to shine an easy on cancer of the breast awareness by utilizing laughter and fun in an effort to fight a significant disease. Save the Ta-Tas ®

is devoted to battling cancer at each stage by supporting break-through cancer of the breast awareness, education, community service and much more.

“Pink Taco is about ensure that is stays simple,” stated Executive Chef Angelo Chavez.  “That simplicity is reflected within the special menu that we’ve produced with this event which includes nutritious, wholesome ingredients, full of flavor, that make you feel good.”. 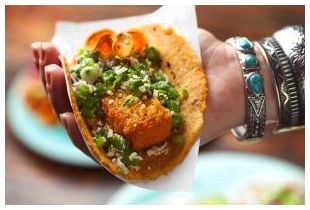 Each Friday throughout the month of October, Pink Taco will feature a  special taco and cocktail with superfood things that studies have proven to help those remain healthy and lower their likelihood of cancer. 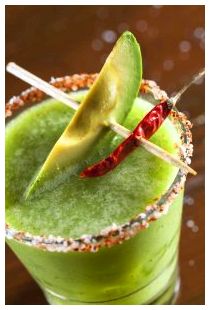 Center may also be selling t-shirts and tank tops using the campaign slogan, TACOS FOR TATAS, to boost funds for cancer of the breast research. The shirts cost $20 and will also be open to purchase within the restaurant throughout the month of October.  Part of the arises from both featured menu products and t-shirt sales will return to Save the Ta-Tas ®.

Pink Taco began in 1999, having a vision to help keep it real: serve only farm-fresh foods and quality cocktails within an energetic and vibrant restaurant. It thinks local and keeps things uncomplicated. Whether it’s a strawberry margarita offered inside a real pineapple or gluten-free churros, vibrant flavors and playful presentations would be the hallmarks of Pink Taco’s constantly inspired menu. Their restaurants are available around the legendary Sunset Strip in Hollywood as well as in hard Rock Hotel in Vegas.

ABOUT SAVE THE TA-TAS

The Save the Ta-tas® Foundation and Ta-tas® Brand was produced by clothing designer Julia Fikse in 2004 in an effort to fight cancer of the breast using laughter and fun in an effort to fight a significant disease. Her playful type of t-shirts and accessories and message of hope and humor have helped thousands and thousands of victims to battle the condition with courage and pleasure. The building blocks is devoted to battling cancer at each stage by supporting break-through cancer of the breast research, awareness, education, community service and much more. Up to now, over a million dollars continues to be donated to battle cancer of the breast.